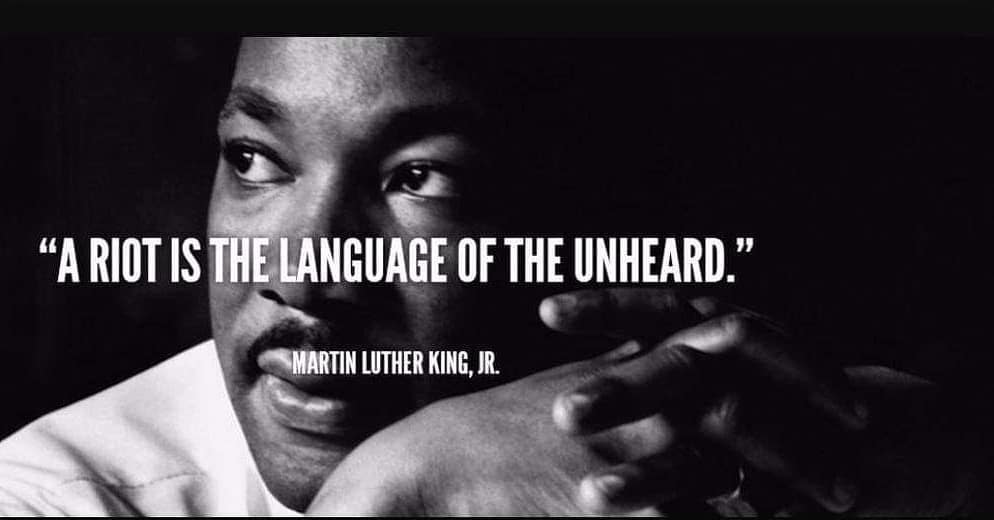 #CrisisProvesCharacter: Why should you be absolved from crisis?

The month of May was pretty rough for me and I’m sure there are millions of African Americans that would share my sediments. I’ve been struggling to find the right words to continue this series. I’m pissed, black folks are pissed, and justifiably so. Another damn hashtag to memorialize a brother or sister killed by the hands of the police is enough already. Martin needed Malcolm as much as Malcolm needed Martin to stir the soul of this country. The Red Summer riots of 1919 and the series of riots between 1964 and 1968 demonstrated how racially divided the United States was. European Americans always complain that riots are not necessary when Blacks display their pent up anger by redistributing the pain are short on memories that don’t glorify their ancestors’ triumphs… If we need to tear some shit up to get the world’s attention to the systemic racial inequalities that constantly attempt to suffocate Black progress, then it certainly looks like history definitely has a way of repeating itself. This nation has always been stronger and better as a result of civil unrest with hallmark public policies that have moved the country forward because everyone understood the urgency. You can learn more about civil unrest in the US and her story at https://en.wikipedia.org/wiki/List_of_incidents_of_civil_unrest_in_the_United_States.